Tag Archives: Power of One movie

Happy 90th birthday Doris Day! Here’s a great subversive comedy of hers that falls under the category of Finding Your Voice or The Power of One. It’s called It Happened to Jane, and it’s about a single mom/entrepreneur who goes all out to fight a nasty corporation and rallies her entire town around her to boycott the company. Her chutzpah inspires an insecure Jack Lemmon to follow her lead and find his own courage to stand up for himself. Oh sure, she looks wholesome and sweet as pie, but don’t. mess. with. Jane. Or Doris Day, animal rights advocate.

Stowaway with Shirley Temple, a Power of One Movie 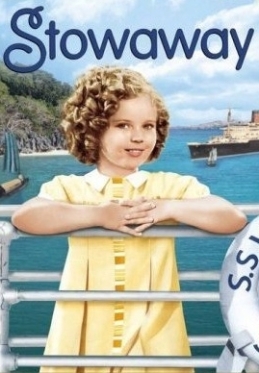 Back in the Depression, Shirley Temple was rekindling feelings of hope in the hearts of people in movie theaters everywhere. With her 56 pin curls, adorable dimples, and perfect pout, she tapped her way into people’s hearts and convinced them that recovery was just around the corner and, meanwhile, why not celebrate what you’ve got? Cue the big band and fumble for your handkerchief, because doggone it, you’re gonna get a little misty even as you smile at her antics.

Like most of the movies in the Shirley Temple oeuvre, this one finds her orphaned, which of course allows those lost souls who become enchanted by her to adopt the precocious urchin—although not before several plot twists threaten her happiness and cause a big teary scene in which she declares she will be brave, by golly, she will.

In Stowaway, a stranger on the street, wealthy playboy Tom Randall (Robert Young), happens across Barbara “Ching-Ching” Stewart (our Shirley) in Shanghai, where she’s been stranded far away from her missionary guardians and robbed in her sleep. Having a purse of coins nicked is the worst that happens to Ching-Ching, because revolution, human trafficking, and exploitation of the innocent just don’t exist in this corner of reality. Shirley is magically whisked away into Tom’s shipboard world, where she gets a chance to sing, dance, do vaudevillian routines, and spout appropriate Chinese proverbs to remind everyone to be philosophical about the fickleness of fate. And of course, she also gets to look swell in an array of silk Chinese-inspired lounging outfits.

Ching-Ching rights all wrongs and brings out the responsible side of a ne’er-do-well and the adventurous side of a woman hitched to a cold-hearted fiancé. The rich learn that money isn’t everything and begin to spread the wealth. The greedy lose that which they most want to possess. The poor are rescued from poverty. Yes, the spirited, talented, relentlessly optimistic Shirley not only heals troubled souls, she single-handedly creates a system of economic parity within free-market capitalism. Quick, somebody elect that girl president!

When you need an infusion of positivity to fuel your ability to keep your sunny side up, indulge in a rainy day matinee of Stowaway and remember to S-M-I-L-E. 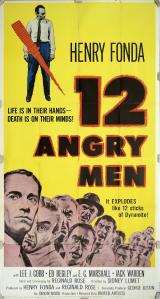